We love our members! In fact, we love them so much that we want you to get to know them and share in our community. In this series, Member Spotlight, the French Cultural Center introduces you to our members via our blog. This edition we are featuring our first member couple,  Nader Yaghoubi and Gigi Shafai Yaghoubi! Read on to learn more... 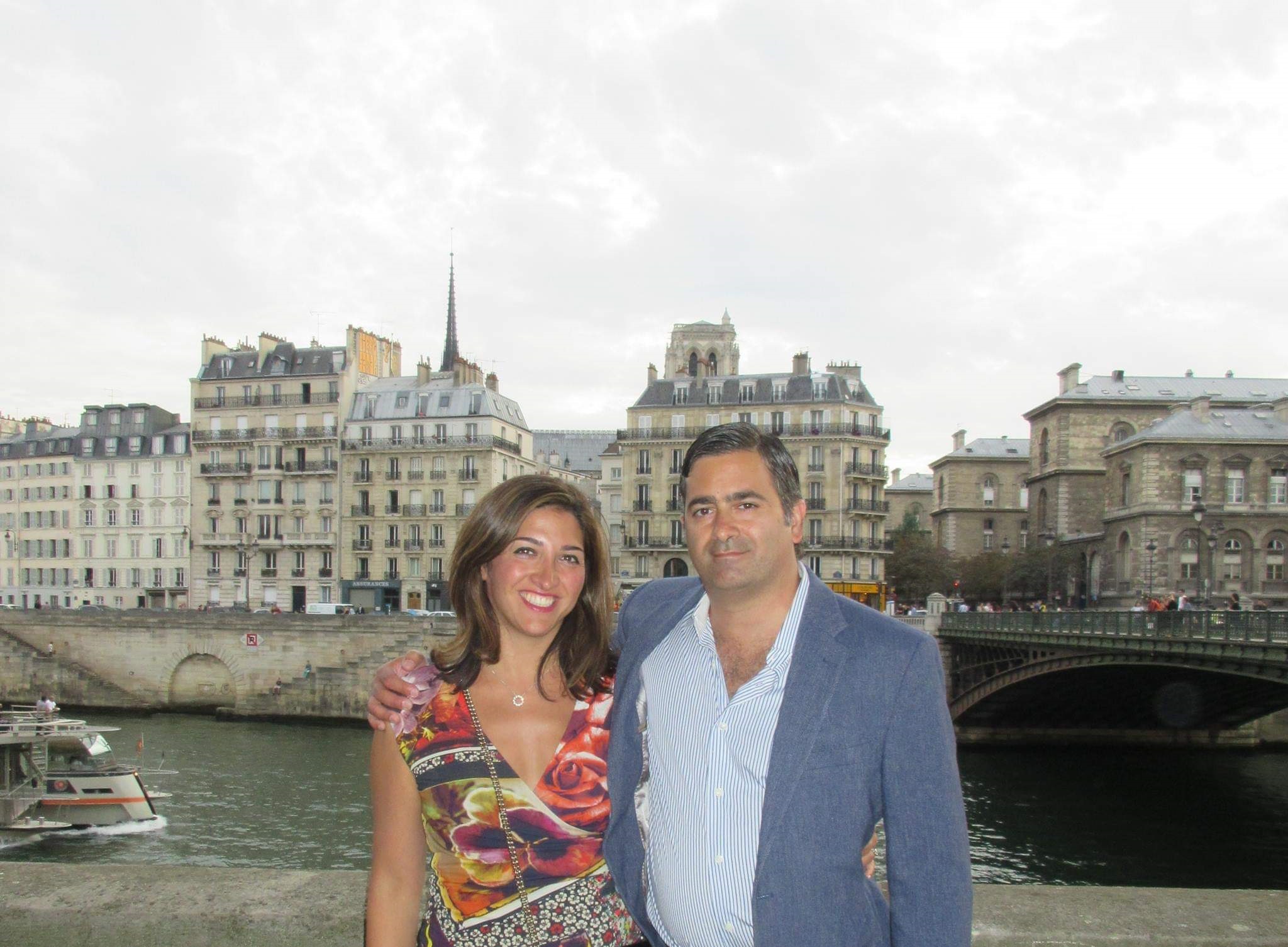 "We love how the center exposes us to France from both a cultural and intellectual perspective. There are so many programs and events for people of all ages."

Why did you decide to become members of the French Cultural Center?

Pourquoi pas? We are active members of the French-American community and we support both the French Cultural Center and the French-American Chamber of Commerce. The French Cultural Center is an institution with so many offerings that is able to immerse us with France and French culture through interactions with people, books and film, as well as a variety of classes, events, and seminars. Since the birth of our daughter three years ago, we have especially wanted her to pick up the French language at an early age and are appreciative of the programs that bring French speaking families and children together.

How long have you been members here?

In 2007, after completing my fellowship in New York City, I actually moved to Marlborough Street in the Back Bay just to live next to the French Cultural Center! I have been a member since at least 2007. I have actually been coming to the French Cultural Center since childhood and have had very special memories here. My aunt, Parivashe Niamir Hodjat, worked at the library for many years so my first memories were of my visits as a young girl, to see my aunt in the city and read Paris Match magazines of Princess Diana in the sitting room to the left of the entry way of the building. I recall that I had once seen every French film in the entire movie collection and I am so impressed by the expansion over the years!

Earlier generations in our family lived in Iran and Europe, including France, Switzerland and Germany. As a child, I was heavily influenced by my grandmother, an aunt, and stories of our family ties to France. My grandfather studied in France and was even handed his university degree by Marie Curie herself! The most memorable trip I have had with my father was when I went to a conference with him in Montpellier while recording my experience in a journal for class credit. I had wonderful native French teachers at the Wellesley public school system as well as in college at Northeastern University. During my doctoral program studying to be a pharmacist, I had the opportunity to live in Paris while working at the pharmaceutical company Roche, in Paris. I was an American in Paris, working abroad and experiencing the first time living on my own in a foreign country (in a place which never quite felt foreign). As a result, I have always sensed that France shaped me as an adult. I am now an executive in the biotech industry and am working in the area of Duchenne Muscular Dystrophy, a disease that was originally discovered by a French neurologist. I also volunteer as the Co-Chair of the Life Science Forum at the French-American Chamber of Commerce of New England. We are known as FABS, and we mentor life science companies hoping to expand to the United States. My husband Nader is an entrepreneur and CEO of a bioelectronic medicine company called PathMaker Neurosystems that has established a subsidiary and office in France, and formed a partnership with Servier’s WeHealth Digital Medicine, with Servier of course being one of France's largest and oldest pharmaceutical companies. When it came time for globalizing his organization, he recognized quickly how France was the best place to establish his company’s European operations.  His company was selected in a competition run by the French Consulate, and this led to a number of relationships and greatly accelerated the process of implantation. He is now working with leading researchers at the renowned Institut du Cerveau et de la Moëlle Épinière at Pitié-Salpêtrière Hospital in Paris for the development of their products in Europe, and the company is running a clinical trial in France and expects to have CE Mark clearance next year. We are both grateful to be a part of the Boston-Paris ecosystem and network that exists to support innovation in healthcare.

What do you like about being members at the Center?  Do you have any favorite classes or events that you have participated in?

We love how the center exposes us to France from both a cultural and intellectual perspective. There are so many programs and events for people of all ages. We love Madame Patricia, who has been our daughter's French teacher in the toddler program for multiple seasons and who is always so creative! I also took a course focused on Business French since corporate lingo is very different than daily conversation and really appreciated my teacher, Athie. In particular, I recall that after our daughter was born, our first ever date night since her birth was the annual members’ holiday gala where we celebrated the holiday season with friends. And of course, who could forget the famous Bastille Day event. I had volunteered at this event for many years and one year I had a foot injury during my return from a business trip, but somehow still made it for my volunteer shift before heading to MGH to get it checked out! 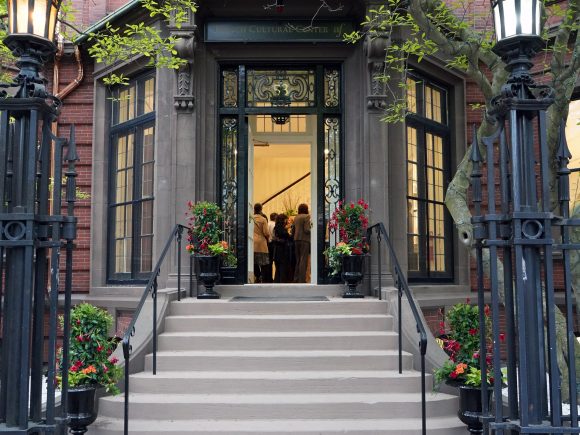 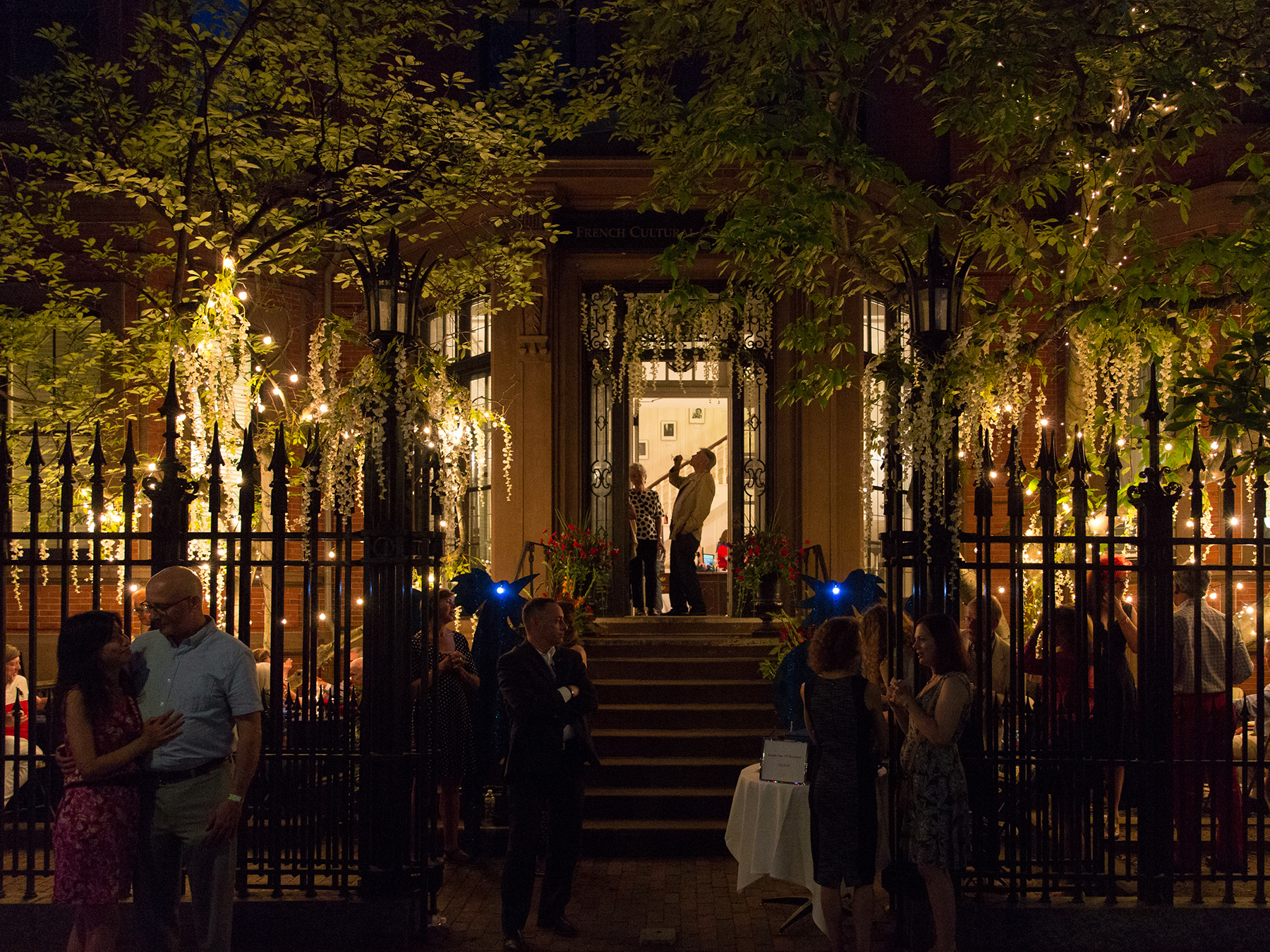 What You Need to Know about Events at the FCC

By Natalie Collet January 5, 2022 In Life at the Center