When watching films (in English or in French!), the musical score is a huge part of what makes a movie a favorite of mine. I think the soundtrack can fully make or break a movie, and might just be that je ne sais quoi that I mentioned in our latest post of French films to stream on Hoopla!

An easy way to know the music will be incredible? Pick a film about musicians! Below, you’ll find 10 musical movies to get stuck in your head for this year’s fête de la musique !

Like our previous roundup of recommendations, the films in this list are available through Hoopla. Now, let’s get to humming along:

Have you ever wondered what it might have been like to be Mozart’s Sister? This 2011 movie focuses on Maria Anna 'Nannerl' Mozart, 5 years older than the Mozart we all know and a musical genius in her own right. As their father starts to impose limits on his daughter, Nannerl begins to chafe under the different expectations between herself and her sibling.

Eden shows the beginning of the electronic dance movement in Paris, as seen through the lens of groups like Daft Punk and Cheers. 1990s, sex, drugs, and music? It’s all here!

Serge Gainsbourg (born Lucien Ginsburg) becomes one of France’s maverick musician’s in Gainsbourg: A Heroic Life. From his childhood as a jewish musician in Nazi-occupied Paris to his metamorphosis through jazz and pop supertardom, this film covers his life. Plus, it includes Gainsbourg’s star-studded romances with the likes of Brigitte Bardot and Jane Birkin set to an unforgettable soundtrack!

The historic diva Dalida had an incredible career in music, spanning 30 years with over 170 million albums sold. This film highlights both her incredible highs and her emotional lows, her music and her many tragic losses culminating in her own death by suicide in 1987.

Reda Kateb is Django in this 2018 biopic of the musician who took Paris by storm in the 1940s. With romance, smooth jazz, and daring escapes from Nazi-occupation, this movie offers something for every type of movie-lover!

Plus, if you enjoy Django, Hoopla also offers Life After Django Reinhardt in its collection. Honoring 100 years since Django Reinhardt’s birth, 100 of his musical disciples gather to play his songs, to discuss his legacy, to celebrate his passion and lasting influence.

The Page Turner is a piano-based thriller starring Catherine Frot and Déborah François. Mélanie (François) is employed as an au pair and then transitions to turning musical pages for Ariane (Frot). As Ariane comes to rely more heavily on Mélanie, she is unaware of a years-old score her page turner wants to settle in regards to her own career as a pianist.

Have you ever wanted to peek behind the velvet curtain at the opera? Look no further than The Paris Opera to get to know the people who make the magic we normally watch from the audience seats.

The Passion of Augustine follows Mother Augustine as she leads a school of musically talented students at her convent. Consistently winning the region's musical competitions, the school is seen as a musical treasure. Mother Augustine and her fellow nuns have to make decisions in the face of sweeping change as the government pressures the school to shut down in favor of public education.

Full of mistaken identities and madcap humor, The Tall Blond Man with One Black Shoe follows a classical violinist who gets shadowed by the French secret service who believe him to be a master-manipulator undercover operative. If you haven’t already, this film is a great excuse to discover Pierre Richard, an icon of French comedy!

While not focusing exclusively on musical pursuits, check out La Maison de la Radio as a bonus film to this list! This movie paints a vibrant documentary portrait of France's talk radio. Seen as the equivalent of NPR or the BBC, Radio France has a fascinating history that makes for a great watch.

What are your favorite films about musicians? 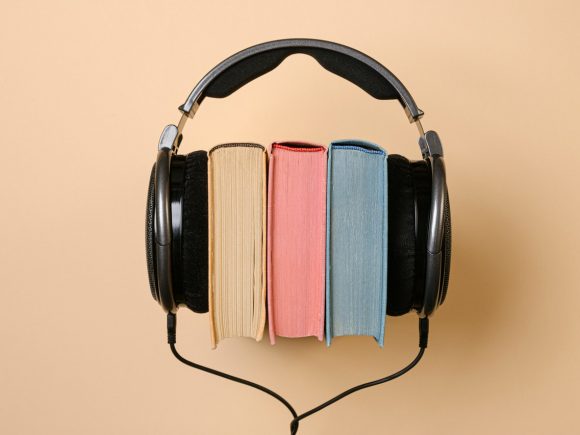 Get your headphones on: audio materials for children and beginners

I don’t know about you, but audiobooks have been completely saving my reading motivation lately! After staring at my screen as part of work from…

Beat the winter blues with a new offering for 2021!