I consider myself a foodie, and my favorite thing to do is to go to restaurants, try new food, and beyond this, I absolutely love to learn about the history of the dish right in front of me. Notably, the French do a great job of keeping the stories about their most famous desserts alive. May they be real stories or legends, it still achieves the goal of making people remember them. And today I’ll share with you some of the most interesting stories about three very famous French desserts. 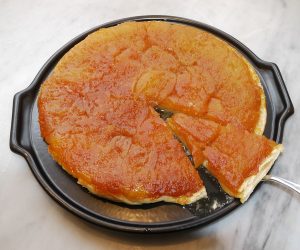 I still remember the first time I heard the story about the Tatin sisters and how I wondered about other foods that were so connected with the past and with the people that came before me. But the story I heard at the time wasn’t exactly the same I heard when I was in France, nor is it the same I read now searching for resources to write this article. You may have heard something about it too, but… have we heard the same story? It is known that the upside down apple pie was created by accident when one of the Tatin sisters was baking. Some say that she was so tired she burned the apple and had to cover her mistake by adding the pastry to the pan. Others say that while she was preparing an apple pie, she forgot to put the pastry first, then decided to present the dish that way, nonetheless. But a third and more credible (in my opinion!) source says that it was actually a recipe already in use at the time, and that the sisters would frequently offer it at their hotel. According to Cuisine Actuelle, it later became a specialty at the restaurant Maxim’s, in Paris. Et vous, which story do you believe in? 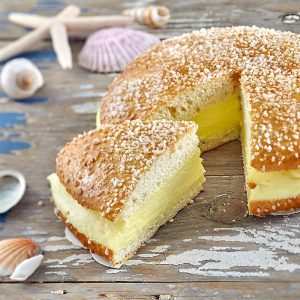 I can say that a tarte tropézienne has a special place in my heart and I consider it my favorite French dessert. Maybe because it was the first sweet food I ate when I arrived in France or maybe it’s thanks to the light touch and delicate texture that dissolves in your mouth. This brioche à la crème was created in Saint Tropez by Polish chef pâtissier Alexandre Micka in 1955, who was inspired by his grandmother’s recipe. It was so good that it caught the attention of actress Brigitte Bardot, who suggested that he name the brioche “Tarte Tropézienne”. Just like everything that comes from the French Riviera, it fits right into the notion of “la joie de vivre”! 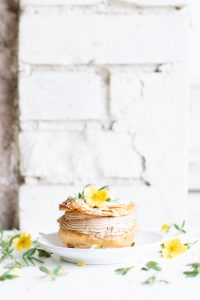 Okay, I think I’m biased here! I’m a huge fan of everything made with pâte à choux. While I find it very easy to make, it can be presented in so many different ways, it’s like creating a whole different dessert every time. The Paris-Brest most frequently comes with a filling of hazelnut and almond praline cream in a mesmerizing rounded form. Created by chef Louis Durand, this pastry celebrates the Paris-Brest-Paris bicycle race that passed in front of his shop in Maisons-Laffitte (therefore why it looks like a wheel). If you are like me and love stories about the origins of different dishes, here is a link for you to explore the world through these lenses. Warning: don’t do it when you’re hungry! Which of these stories do you find the most interesting? 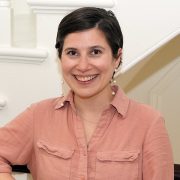 Bruna first joined the Center as a member, looking for an opportunity to practice French and to be around French culture. She is now thrilled to be the Membership Manager and to provide members with the amazing experience she was previously able to enjoy herself. She is a native Portuguese speaker who, by the age of eight, knew she wanted to be multilingual someday. Working at the French Library now seems like a dream come true. Contact 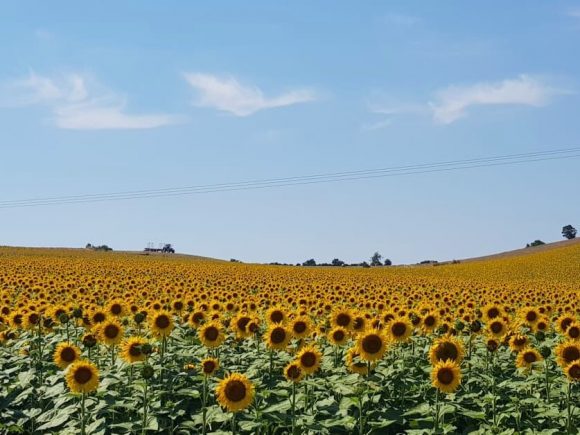 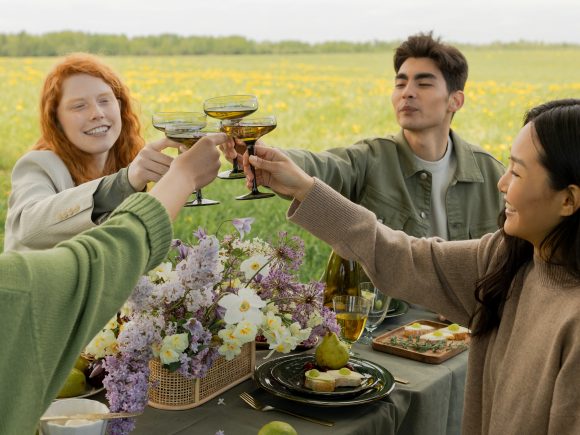 Spring into the Season with These Five White Wines from France

Today we welcome Nicole Muscari as our guest blogger! Nicole is originally from Rochester, NY, but has been living in New York City since 2013.… 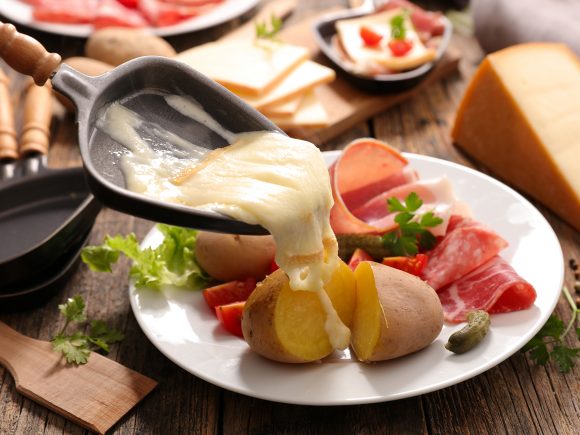 By Clémence Bary-Boloré February 23, 2022 In Gastronomy

February in France is synonymous with holidays in the mountains. When it comes to winter pastimes in France, there are different types of people. Some… 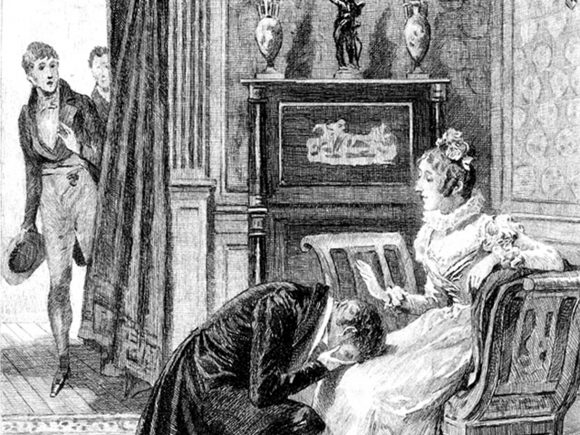 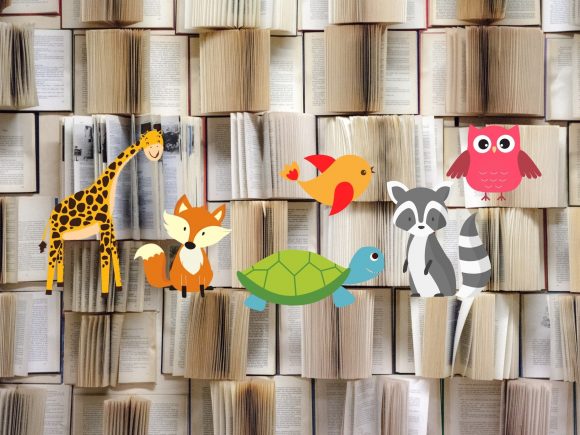