We're bringing you a line-up of two stellar bands programmed by World Music/CRASHarts on Friday, July 15 to celebrate Bastille Day! Ginkgoa will take the stage at 7:00 PM and will move the crowd as they blend vintage Paris chic and New York cool with swinging electro beats. Haitian songstress Emeline Michel will keep the party going by fusing pop, jazz, blues and traditional Haitian rhythms. Get a feel for their music by watching the videos below! 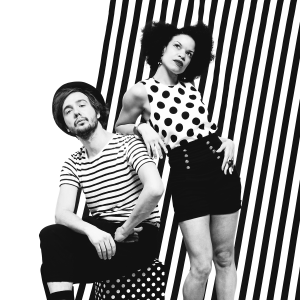 Ginkgoa, composed of Nicolle Rochelle (American singer, author and dancer) and Antoine Chatenet (French composer and producer), drummer Grégory D’Addario, bassist Anne-Colombe Martin and clarinetist/keyboardist Corentin Giniaux, compose French songs with an American vibe, and American songs with a French touch where time periods would cross and inspirations would collide: catchy melody from Pop Music, to the Swing of old New York with a mix of electro dance floor beats. They only have one idea in mind: to make generations of people dance, sway, and sing along to melodies that stay in your head. Officially discovered in the well-known French festival Les Francofolies where they won for “Favorite Group” of the festival, Ginkgoa went on to play approximately 200 dates in France, USA, China, Germany, Switzerland, New-Caledonia and Italy, being offered numerous additional awards along the way. After signing with Sony /ATV Publishing in the beginning of 2012, their first single “From New York to Paris” became the anthem of the perfume company ROCHAS for the European campaign of the brand. Ginkgoa is presently preparing their first album with a release planned for 2016. 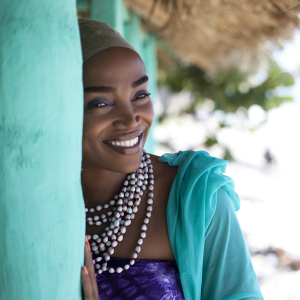 Vocalist, songwriter, and performer Emeline Michel is internationally acclaimed for fusing blues, and traditional Haitian rhythms to create deeply moving and joyful music, delivered with a charismatic live show. A master entertainer, Michel has been sharing her message with audiences across Europe and the Americas for more than 20 years, including appearances at New York’s Carnegie Hall, The United Nations, Ontario’s Luminato Festival, Montreal International Jazz Festival, New Orleans Jazz Fest, Tasmania’s Ten Days On The Island, Zimbabwe’s Harare International Arts Festival, and on MTV’s Hope for Haiti Now: A Global Benefit for Earthquake Relief fundraiser. Hailed by the New York Times as a “diplomat of music” and “the dancing ambassador with a voice serene and warm like the breeze,” Michel first began singing with the gospel choir in the church of Gonaïves, Haiti. She later studied at the Detroit Jazz Center and returned to Haiti, where her career blossomed. Now based in New York City, she runs her own production company, Production Cheval de Feu, and is currently touring in support of her long-awaited 10th album Quintessence. A remarkable blend of spirited songs, the album captures the reverence and gratitude for the present moment and showcases Michel’s virtuoso vocal, singing in Creole, French and English, with finger-picked guitars, soulful backing vocals, a children’s choir, Haitian percussion, lush strings, playful trumpet and accordion lines.