For this special edition of French through Songs, join Farida to learn all about Jacques Brel. Jacques Brel (8 April 1929 – 9 October 1978) was a Belgian singer and songwriter who composed and performed literate, thoughtful, and theatrical songs that generated a large, devoted following in Belgium and France initially, and later throughout the world. He was widely considered a master of the modern chanson. English translations of his songs were recorded by many top performers in the United States, including Ray Charles, Judy Collins, John Denver, the Kingston Trio, Nina Simone, Frank Sinatra, Scott Walker, and Andy Williams. In French-speaking countries, Brel was also a successful actor, appearing in ten films. He also directed two films, one of which, Le Far West, was nominated for the Palme d'Or at the Cannes Film Festival in 1973. Jacques Brel has sold over 25 million records worldwide, and is the third best-selling Belgian recording artist of all time. From Amsterdam to Ne me quitte pas or Les Bourgeois, discover and enjoy his most famous songs! 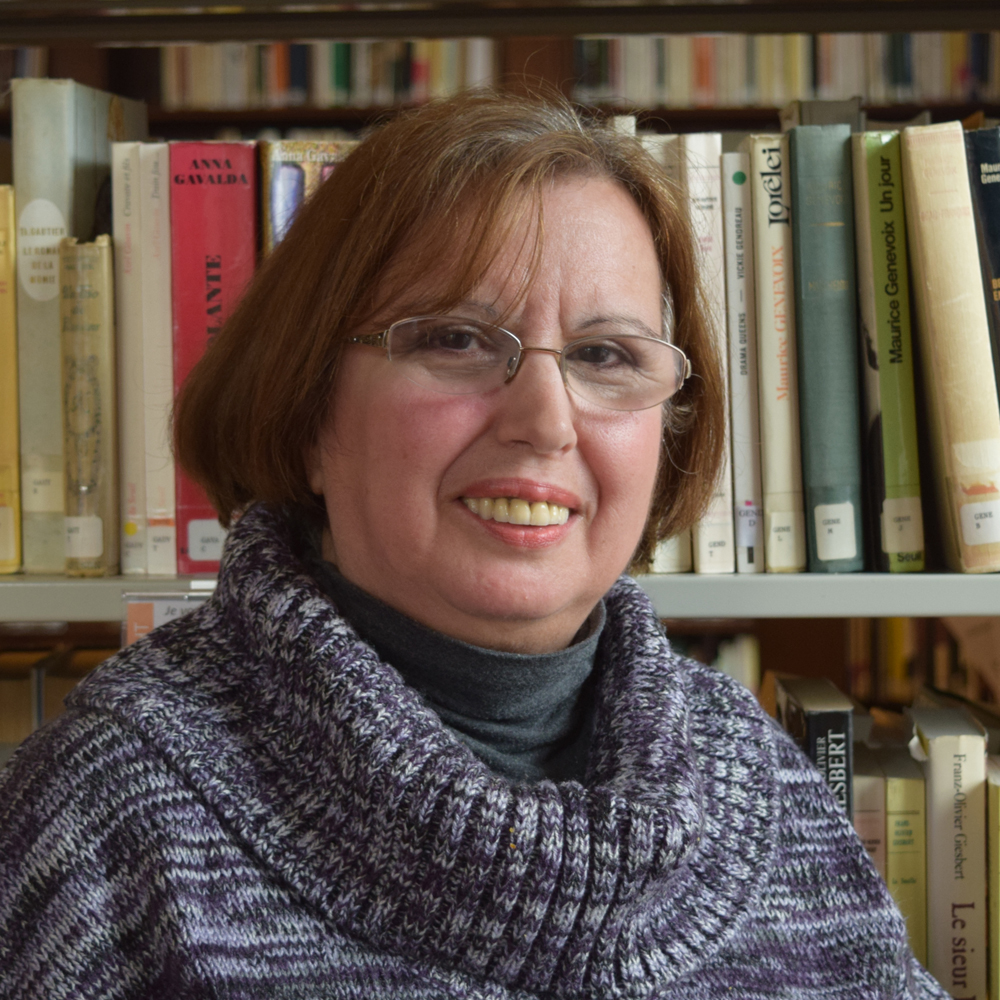 Farida began teaching at the French Library in 2006 after moving to Boston in 2004. She primarily teaches core language classes for adults at the beginner level in addition to intermediate and advanced grammar courses and conversation classes for all levels. Farida holds a Doctorate in Occupational Health Medicine (a branch of medicine dealing with the prevention of job-related injuries and illnesses) from UCL, Bruxelles. She lived in Salon de Provence, France where she taught biology at Avignon University and worked as an occupational health doctor. She also worked for several human rights non-profit organizations in Marseille. She loves spending time with her family and travelling. She enjoys listening to classical music and reading about the humanities, especially history and cinema, and she is intrigued by people, different cultures and world politics. She also takes great pleasure in cooking. Above: Brigitte performing at Paris Plage in 2011, photographed by R. Gacogne.