This film will be followed by an informal reception and open discussion led by our in-house film expert and Executive Director, Barbara Bouquegneau.

Charlie (Noémie Merlant), soon to be 24 years old, lives a simple life: she dreams of becoming an artist and struggles to make ends meet. When her brother (Guillaume Gouix) returns after 12 years in prison her life is turned upside down. However, he is still her brother and despite his anger and uncontrollable behavior she is ready to help him adapt to a life no longer behind bars. He has everything to learn in a world he does not recognize.

At 19 years old, French director Nathan Ambrosioni already has heads turning. His feature-length film, Paper Flags (Les drapeaux de papier), paints an emotional picture of a man released from prison who reconnects with his sister after a 12-year absence. The movie has been praised by critics and audiences alike. The young director has already been compared to Ken Loach and the Dardenne brothers, while the daily newspaper in his native region has nicknamed him the “young Mozart of cinema.” – France-Amerique

The topic of extreme youth, as seductive as it is, wouldn’t stand up on its own without the incredibly strong narrative control demonstrated by the filmmaker 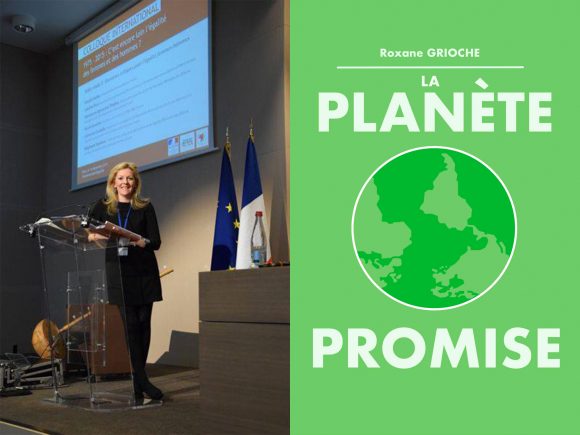 Green is the new black! Author and Journalist Roxane Grioche joins us this January for a conversation on her book, The Promised Planet.