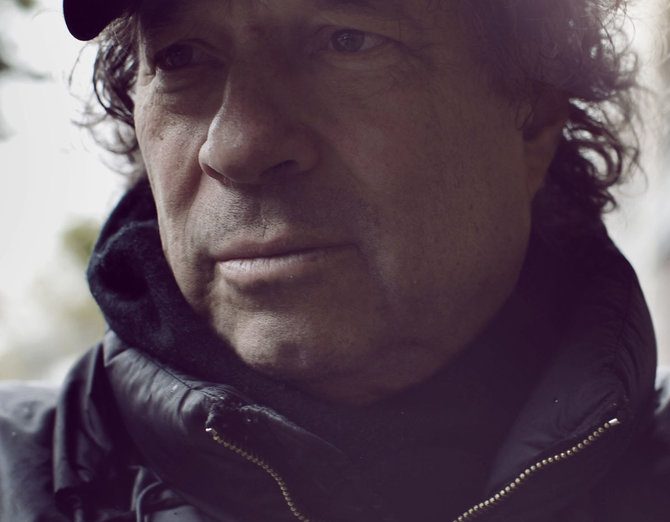 Dennis Berry, film director, actor, and screenwriter, is uniquely prepared to frame the events of 1968 through a discussion of the larger context of protests, political uprisings, and civil rights. His story takes us through the McCarthy era, which drove his family to seek exile in France; the Paris riots in May ’68; and the Civil Rights movement (connecting with the Black Panthers, through Jean Seberg, his wife at the time). As the son of blacklisted Hollywood film director John Berry (He Ran All the Way, The Hollywood Ten), Dennis arrived in France as a child. He later became active in the movie business in France himself, as an actor in New Wave films and the director of experimental cinema. Dennis will describe what it was like to be an insider in May ’68 Paris as the events unfolded -- huddled in a small tourist agency in the Latin Quarter with Cohn-Bendit and the leaders of the movement at the epicenter of the revolution -- as well as his experiences on the fringes with director Jean-Luc Godard. His trajectory also offers a fresh view to lay the foundation for meaningful discussions about the culture of political protests in general. In addition, Dennis will present his newly completed documentary: Anna Karina, souviens-toi, a biography of the iconic actress of the French New Wave and his wife of the past 30 years. Dennis will accompany us throughout the week of the film festival for the screenings at the French Cultural Center, Northeastern University, and Harvard, telling his stories and guiding our discussion as we reflect on this important and tumultuous time in French and world history and relate it to modern times.

Louis Malle's Milou en mai is a lush and luxuriant look at everyday life for one family in Southern France in 1968. Milou (Michel Piccoli) is an older man who has lived his whole life with his mother on the family's estate, enjoying every aspect of rural life and quite content with his own existence. The death of Milou's mother, the family matriarch, brings the entire clan together for one weekend to settle the estate. The story centers on the reluctance of many of the family members to keep Milou living on the estate, as the family feels it is time to sell and get what money they can. Milou en mai seems to weave the smallest threads of personal behavior into a diverse tapestry of human interactions and connections. Milou attempts to show his family what can happen if a person lets life lead him instead of always trying to lead one's life. The group flees into the forest after hearing rumors that a student uprising will spill into the countryside, and here their loves and weaknesses begin to take over.

The film was nominated 7 times and won 2 awards, including a César Award for Best Supporting Actress for Dominique Blanc.

Louis Malle, the descendant of a French nobleman who made a fortune in beet sugar during the Napoleonic Wars, created films that explored life and its meaning. Malle's family discouraged his early interest in film but, in 1950, allowed him to enter the Institute of Advanced Cinematographic Studies in Paris. His résumé showed that he had worked as an assistant to film maker Robert Bresson when Malle was hired by underwater explorer Jacques-Yves Cousteau to be a camera operator on the Calypso. Cousteau soon promoted him to be co-director of The Silent World (1956). Years later, Cousteau called Malle the best underwater cameraman he ever had. Malle's third film, The Lovers (1958), starring Jeanne Moreau broke taboos against on screen eroticism. In 1968 the U.S. Supreme Court reversed the obscenity conviction of an Ohio theater that had exhibited "Les Amants." A director during the "Nouvelle Vague, New Wave" of 1950s and 1960s (though technically not considered a Nouvelle Vague auteur), he also made films on the other side of the Atlantic, starting with Pretty Baby (1978), the film that made Brooke Shields an international superstar. The actress who played a supporting role in that film was given a starring role in Malle's next American film, Atlantic City (1980). That promising actress was Susan Sarandon. Above: ©Pyramide Distribution

May '68 Revisited: The Occupy Movement that Paralyzed France

This winter and spring, the French Cultural Center / Alliance Française of Boston and Cambridge, in partnership with Northeastern University and Harvard University, presents May '68 Revisited: The Occupy Movement that Paralyzed France. This months-long series of exhibitions, discussions, debates, film screenings, readings and other activities presents the viewpoints of authors, photographers, journalists, artists, academics, politicians and others to help you discover, appreciate and understand the impact of the May '68 uprisings.

This event is made possible thanks in part to Steven Galante, Chairman of the French Cultural Center, Natixis Global Asset Management, the Mosaïque Cultural Fund, and Vinadeis.